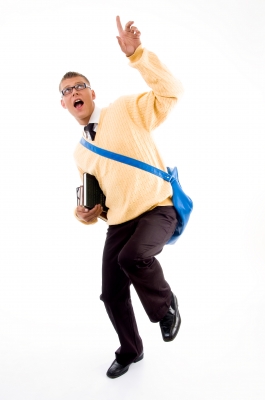 Most prospective med school students are wondering what a good med school GPA is. Some might not be worried about their med school GPA because they scored highly on the MCAT or excel in other areas that may be attractive to the admissions committees. However, maintaining a decent med school GPA is still an important part of the med school process.

How important is your GPA to get into med school? Your med school GPA only makes up a portion of what admissions committees judge you in when considering your entrance.

Despite this, you can still have a mediocre GPA to get into med school. The same AAMC statistics indicate applicants with a 3.00-3.19 GPA and applicants with a 2.80-2.99 GPA had acceptance rates of 20 percent and 13.9 percent, respectively.

The Med School GPA vs. The MCAT Score

In a less typical scenario, a low med school GPA can still get you into med school. We wouldn’t recommend betting on the chance that having a low GPA to get into med school will always work, but the same AAMC statistics indicate that 2009-2011 (aggregated) applicants who had a total GPA between 2.80-2.99 and scored between 39-45 on the MCAT had a 50 percent acceptance rate. View the AAMC MCAT and GPA Grid for Applicants and Acceptees to U.S. Medical Schools, 2009-2011 (aggregated) here.

To conclude, your med school GPA may be low but still acceptable if you balance it out with an outstanding MCAT score.

Do I Have a Good GPA to Get Into Med School?

Simply having a good GPA to get into med school won’t cut it. The competition for prospective med students is extremely high. In addition to having an attractive med school GPA, admissions committees expect candidates to be well rounded in other areas including extracurricular activities, volunteering and community involvement, and much more. The same AAMC statistics indicate that only 45.4 percent of all applicants to U.S. medical schools in 2009-2011 (aggregated) were accepted.

Remember, applying to med schools based on average med school GPAs or MCAT scores is not ideal. It’s important that prospective students consider a med school’s curriculum, location, opportunities outside of the classroom, and whether or not they are a ‘match’ with the university’s mission.